Race to the Bottom

Race to the Bottom study

This page provides supporting materials for my paper: “Policy Dynamics: Race to the Bottom – Federalism’s Favorite Phantom”, produced for the Handbook of Federations and Federal Studies (forthcoming)

Included here is the methodology used to select and organize the articles examined for this study, specific studies mentioned in the paper, and full references to the 104 examined studies.

The literature examining races to the bottom caused by intergovernmental competition is large.  To manage the project and minimize bias, we limited our study to the 100 most cited scholarly articles on intergovernmental competition and race to the bottom.  These articles were selected in November 2017, then checked and updated in May 2018.  By using the most cited scholarly articles we hoped to identify a good proportion of the most important and influential.  We identified these articles by using the “Web of Sciences” (the Social Sciences ISI database) and searching for the terms “race to the bottom” using the “sort” feature that listed the most cited articles first.  After identifying the top 100 most-cited articles, our list included articles that had been cited 15 or more times.  That list contained only a few of the articles that had been cited 15 times, so rather than accepting only the first few of those articles we included all articles cited 15 times or more (for a total of 104 articles).

After the most-cited articles were selected, we then read and tagged the articles for relevant variables using Atlas.ti software.  The articles were sorted into two categories: theoretical or empirical depending on whether the argument presented primarily a theoretical or empirical analysis.  These two categories were then separated into “race to the bottom is real and significant,” “race to the bottom is not real or significant,” and “inconclusive.”  In many studies, the authors limited or hedged their claims; when the conclusions are clearly ambiguous, then the article is labelled as “inconclusive,” but if the conclusion or preponderance falls to one side or other, then the article is placed in that category.

We recognize that citation frequency is an imperfect measure for an article’s accuracy and impact.  For example, nonreplicable publications are cited more than replicable ones (Serra-Garcia and Gneezy 2021).  Consequently, this method of selecting articles for inclusion in this study may miss some very relevant, replicated, and highly impactful studies.  Nonetheless, citation frequency does identify the most commonly referenced articles in the field and should provide a view into how the topic is being considered and understood by the discipline.

To supplement the obvious limitation of relying on citation frequency to understand a topic, we referred to additional articles and books relating to race to the bottom to identify the origins, usage, development and theories associated with race to the bottom.  These additional readings are not included in the statistical analysis unless they were independently identified by our search of “The Web of Sciences” database showing they were cited by other scholarly sources 15 times or more.

Specific studies mentioned in the paper

The specific articles that found a correlation between intergovernmental competition and race to the bottom are as follows: Asici 2013; Bagwell and Staiger 2001, 69; Davies 2013; Goetz 2011.

The five specific empirical studies that found support for the race to the bottom thesis and which were also the most recently published studies are: Asici 2013; Davies 2013; Kiefer 2015; Olney 2013; Thiemann 2014.

Bibliography of Articles Evaluated in this Study

Racing to the Bottom or Riding on a Seesaw? Working Paper No. 3. Department of the Treasury of the Italian Min istry of Economy and Finance, August 2017

Sean Mueller , Adrian Vatter, and  Tobias Arnold. “State Capture from Below? The Contradictory Effects of Decentralisation on Public Spending.” Journal of Public Policy 37, no. 4 (2017): 363-400.

Federalism is drawn from the Latin word foedus which means treaty, pact, or covenant. The idea of using covenants to establish and organize society became popular in the Middle Ages. Religious groups formed by covenant called themselves covenant societies, and political groups were called federal societies. In 1620, the Pilgrims and others passengers onboard the Mayflower adopted a covenant to order and organize their community before stepping foot in the new world. Most of the other major groups that emigrated to America in the 17th century were also established by covenants. For 170 years, from the Mayflower to the U.S. Constitution, Americans experimented with covenants as a means to organize their political societies. Indeed, the Massachusetts’ Constitution of 1780 explicitly declares the political system is established upon a covenant between each and all.

Understanding federalism’s roots in covenant can help understand the founding fathers’ ideas about the federal system of government created by the U.S. Constitution. That is how to protect the autonomy and integrity of the federal and state governments in a non-centralized system using simple rules that will hopefully result in a complex, spontaneous, emergent order.

Complexity begins with understanding emergence. One way to understand emergence is that simple rules can result in complex, spontaneous orders.

We see an example of emergence in agent-based systems. These are computer programs that create “agents”, and each agent follows a few simple rules. An example of this is boids, where aach boid follows three simple rules and the result is an unplanned, emergent, spontaneous order.

This next video claims that is indeed the case.

Simple rules can result in complex, emergent, spontaneous orders. Such orders can be robust and resilient, but they are not invincible. The emergence and perpetuation of those orders depends on some basic conditions. Consider the enormous diversity of a saltwater tide pool. That ecosystem shifts through cycles, but it is fairly stabile. That system, however, may be shocked with a new organism or change to the water’s chemistry or temperature. Human societies are similar. Under the correct circumstances humans may be free and pursue fulfilling lives while their society flourishes. Under other conditions, none of that is possible.

One of the most fascinating examples of complex, intelligent behavior comes from slime molds — a single, cell organization that displays intelligence, learning, and adaptation.

Emergence, whether in a single-cell organism like slime molds or more advanced organisms like ants, fish, birds, and wolves raise questions about the basis of intelligence, the nature of order, and challenges the fundamental assumptions of the standard science model (i.e., materialism, reducibility, linearity, and reversibility) and the standard social science model (i.e., that humans are blank slates capable of learning but learn entirely from their environment).

Our understanding of emergence is teaching us to rethink human society and rules of cooperation. Consider the signalless traffic intersection. Sounds like a recipe for disaster, but when correctly designed it actually improves traffic flow and results in fewer accidents.

What are the conditions that foster free, fulfilling, and flourishing human lives and societies? That is an important question. Complexity suggests that simple rules under the correct conditions might accomplish this. How can we create those conditions and rules? I think federalism is an important part of that answer. That is why I study complexity and federalism. 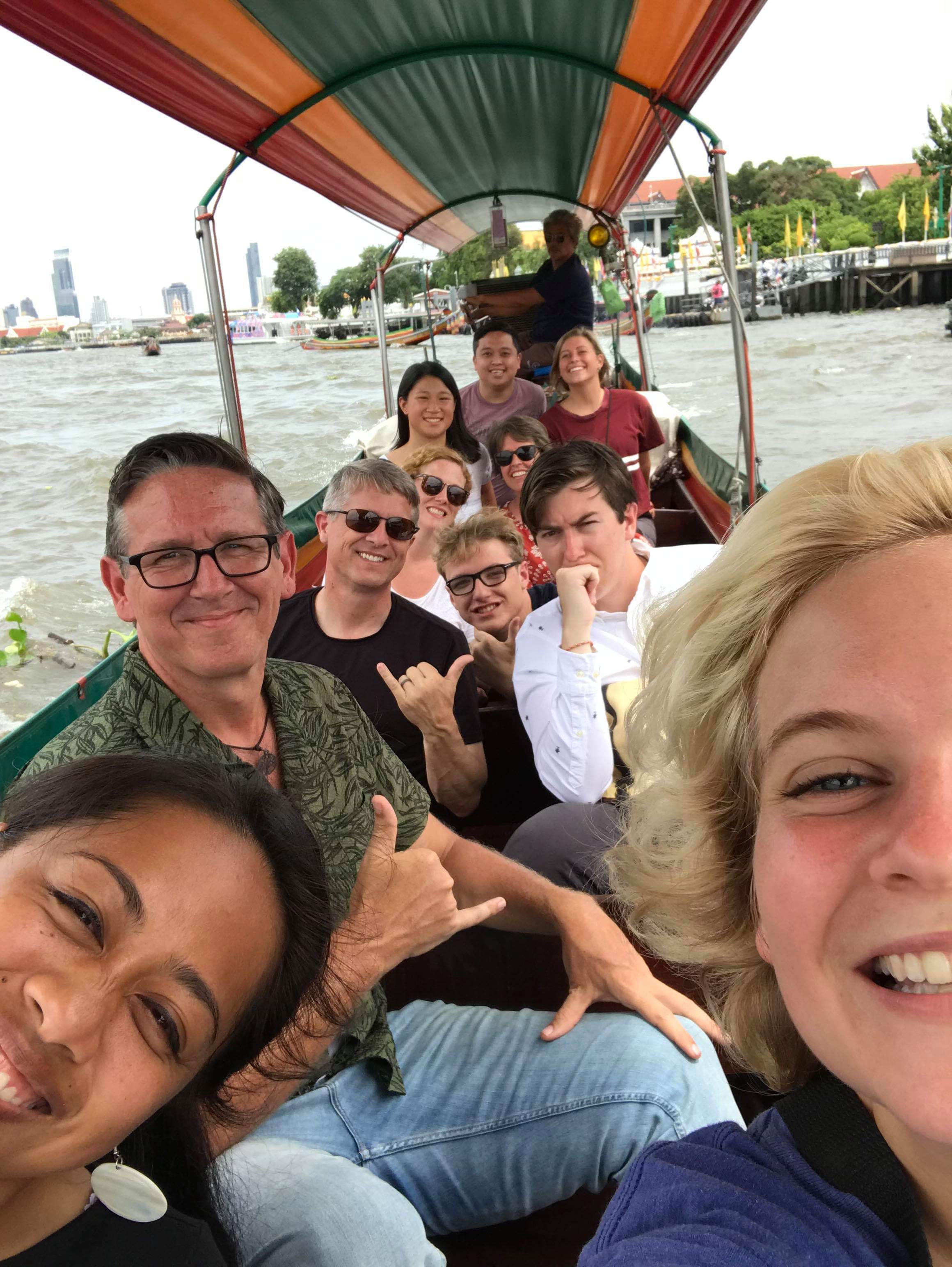 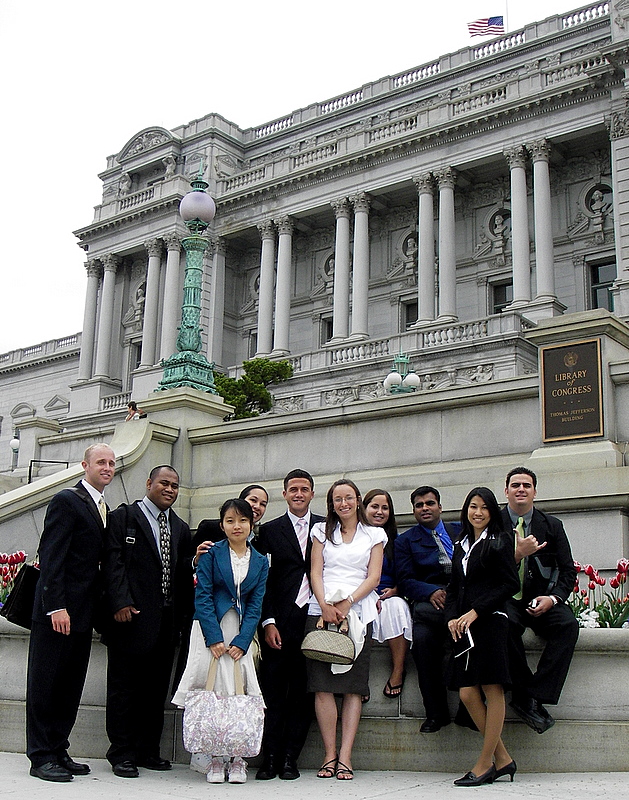 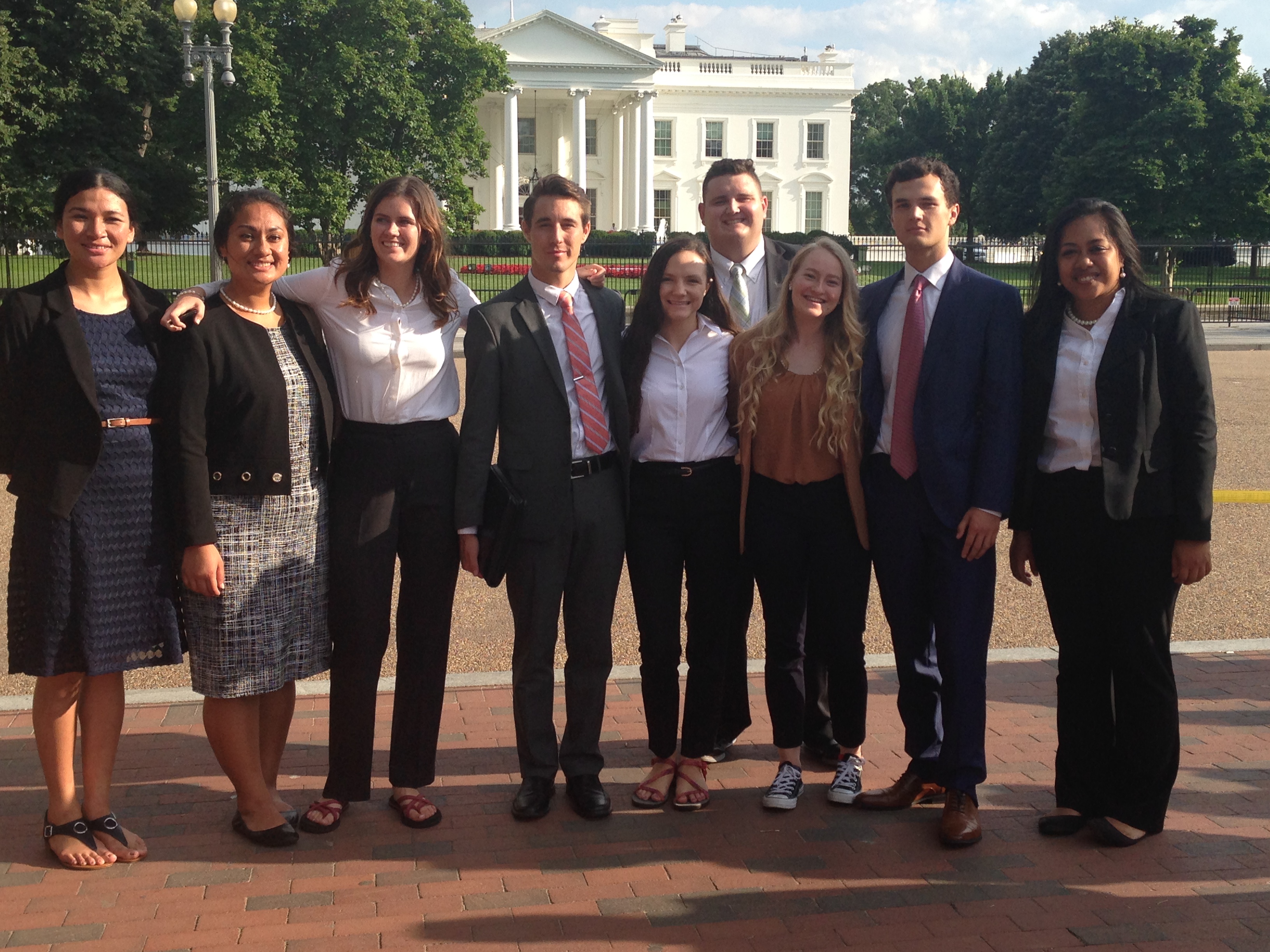 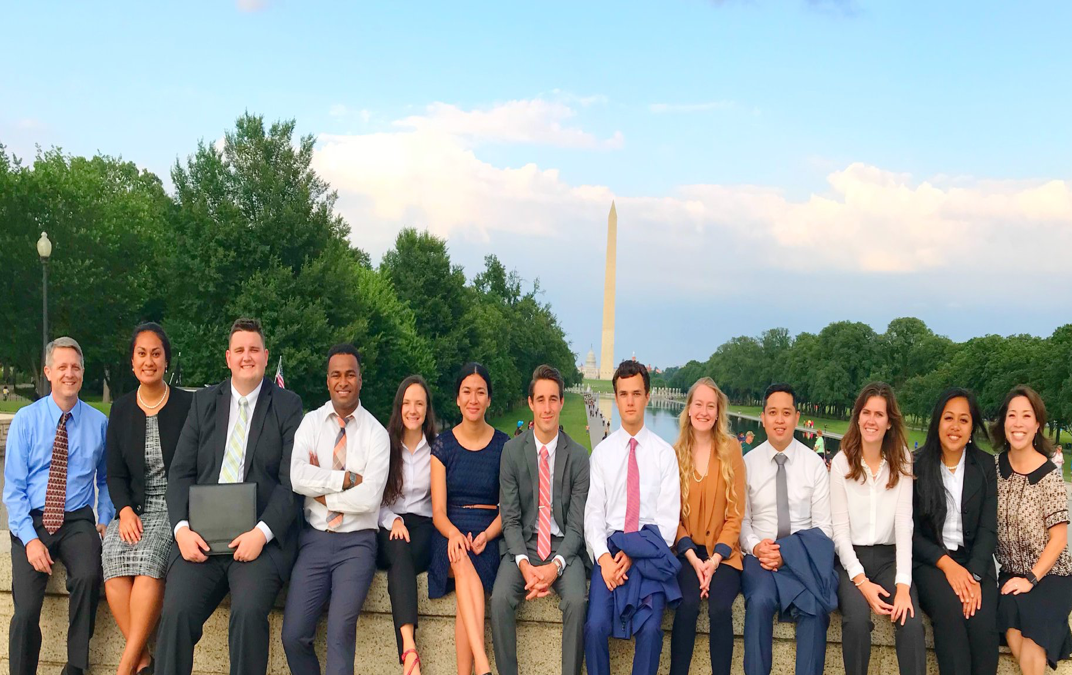 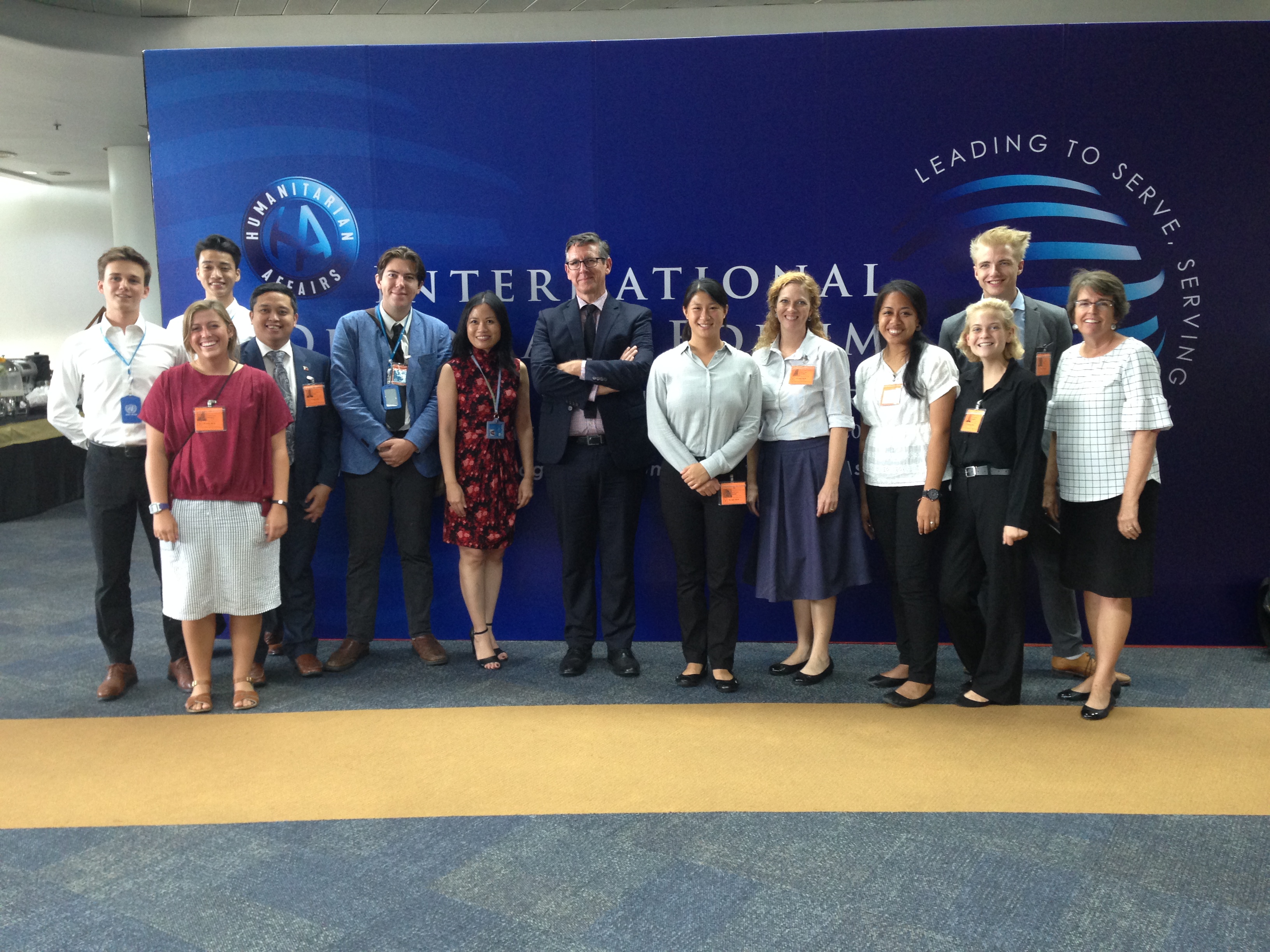